Danelaw Cubs meet on a Monday night and are led by a team of four adults (Simon who is Akela; Stuart – Baloo; Vicki – Sahi and Paul – Sheere-Khan) and currently four young adult leaders (Georgia – Jacala, Josh, Thomas and Matthew – Rann).

The Cub meetings are a mix of fun activities, badge work and Scouting skills. We run a full and interesting programme giving the Cubs lots to keep them engaged. Cubs are given the tools to complete and earn Activity Badges having made an assisted start with the Pack. 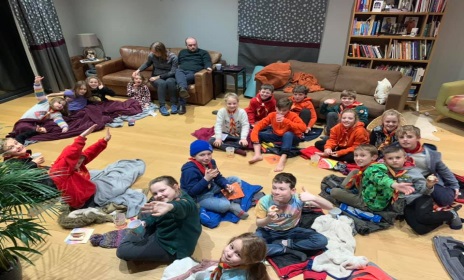 Each term and we aim to have at least one two-night away experience, whether this is under canvas or at an activity centre. During these experiences, Cubs also have the chance to take on many different outdoor adventures, such as climbing, shooting and archery.

Akela Joined in September 2015 as Baloo, before becoming Akela in March 2018“What started out as me helping out has become a wonderful adventure. It gives me so much enjoyment to watch them grow and develop. For me, it is all about the Cubs and so they lead and we facilitate. ”

“I volunteer so that I can give something back to the association that gave me so much as a scout and venture scout. I also do it to support young people in my local area to help them to develop into socially conscious young people who will become the leaders of tomorrow.”

“Originally I joined via the 4-Week Challenge (just to see how my son was getting on and maybe to become an occasional parent helper). I very quickly discovered just how much fun you can have with a group of children discovering new skills and was hooked. I think it helps that my own inner child is alive and well, but volunteering gives me just as much as I hope I give back to them.”

Sheere-Khan Joined Danelaw in Summer 2022 having been a Baseball coach in previous years. Paul is part American and part insane! His energy and sense of fun leaks out into the pack in a truly tremendous way. 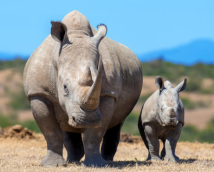 We have also started to sponsor a chubby unicorn (rhino)