Starting small with just 5 Cubs, 2 Leaders and 3 Young Leaders the Pack has steadily grown despite competition from the well established Danelaw Monday pack. It Currently boasts eighteen Cubs, three leaders and the same three Young Leaders! The Pack has also recently recorded it’s very first Chief Scouts Silver. Meeting on a Friday, the pack tends to be slightly quieter than the Monday pack , but equally, if not more fun and adventure. 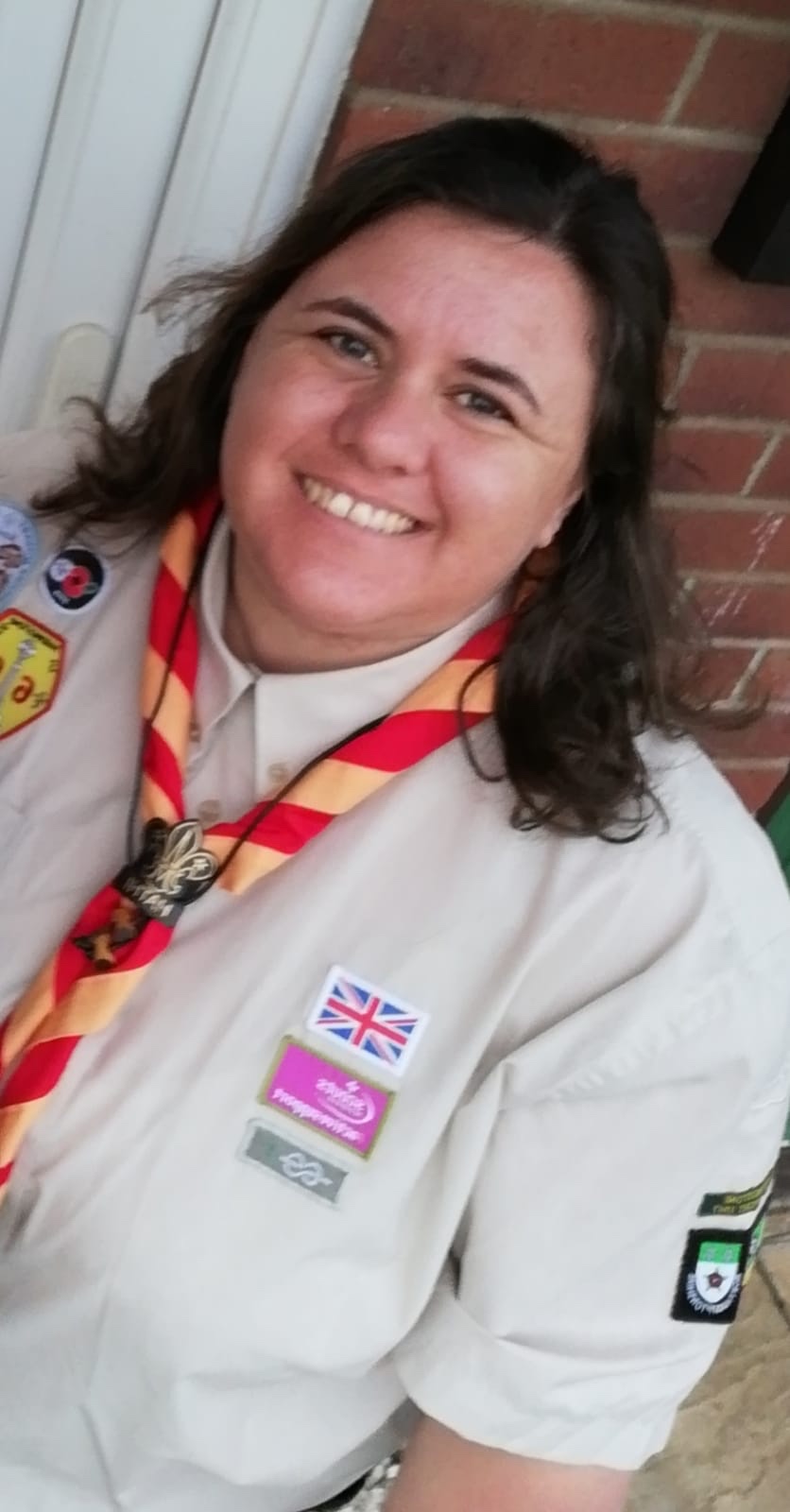 I grew up with my Mum was a Brown Owl, and my Dad an Akela so Scouting and Guiding were in my family! I spent every summer on Brownie pack holiday and Cub camp. I was desperate to be a Cub, but back then girls were not allowed to join, so I reluctantly became a Brownie and then went on to Guides followed by Young Leaders after achieving my Baden Powell award. When I was 18 years old, I became Brown Owl of 1st Mayford Brownies and thoroughly enjoyed my guiding experiences and made many fantastic memories. I travelled the world with Guides from visiting Disney land, Orlando, dog sledging in Canada to pony trekking in Switzerland and staying with Girl Scout in Seattle and spending Halloween with her high school friends!

After having a break and having my first son, Cameron, I decided I was ready for a new challenge and more adventures, so I made a move to Scouting. I first became an Assistant Beaver Leader with Weston Favel and after having my second son, Lucas, I moved up to become Hathi and leader in charge of 1st Roade Cubs. Many wonderful memories and friendships were made there over the years. During that time, I also completed my Wood Badge and Nights Away Permit. A change in career then leads me to a new challenge – setting up a brand new Explorer Unit – Mountain Lions at Hardingstone working with 14-18-year-olds. Knowing that my heart truly belongs to the Cub section, I jumped at the chance to open up Mercia Cub Pack and take up my role as Hathi once again. 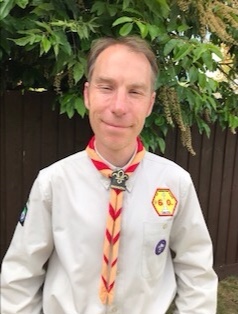 I was both a Cub and Scout in my youth. I left Scouts to join the Air Training Corps where I took part in many camps and flying experiences in gliders, aeroplanes and helicopters. I joined 1st Hardingstone in 2018 as an assistant Cub Scout leader. I enjoy the outdoors through walking, running and spending time with my family. 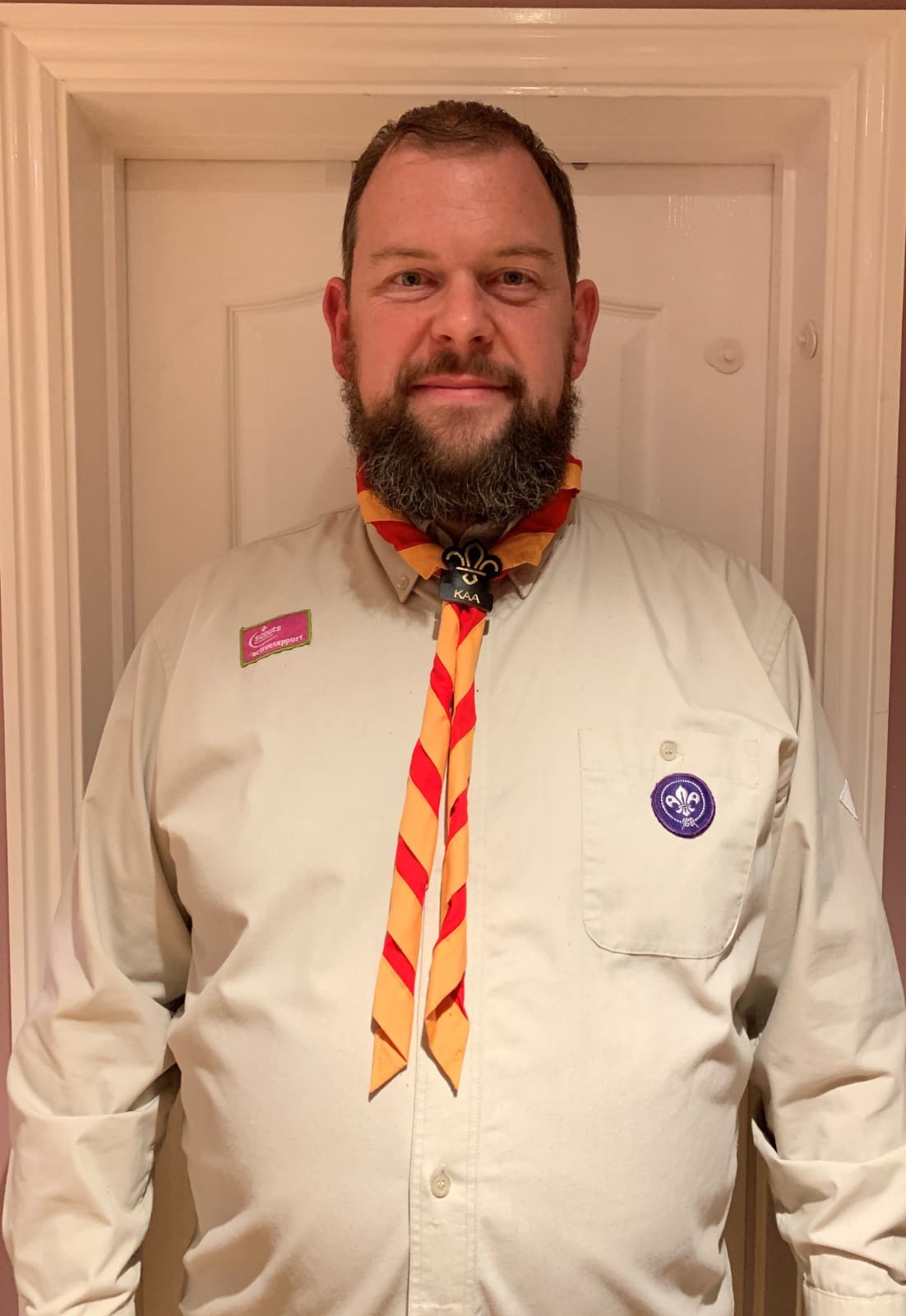 I started scouts as a Beaver before moving up to the 3rd Buckingham ‘Apache’ Cub Pack.

When my family moved to Hanslope, I moved to 1st Hanslope Cubs and then to 1st Hanslope Scouts (which Skip Ran!) where I completed my Chief Scouts Award. You stayed a Scout until you were 15 1/2 back then, so I had already had the opportunity to take part in and complete my bronze and silver Duke of Edinburgh’s awards with my school. The scout association didn’t follow the scheme at all back then, so I was left in a quandary at 15 deciding whether to move to First Hanslope Ventures (Explorers of old) or to find somewhere to take my Duke of Edinburgh Gold award. I chose the latter and joined the Air Training Corps, where I completed my Gold and met my now wife, so it proved to be the right decision, albeit a tough one.

Completing my Chief Scouts and DofE awards gave me skills, confidence and even something great to talk about which helped me get my first job, and started a successful career with the company I still work for. I consider myself a ‘scouty’ scout with abilities and passions in pioneering (knots), camp craft, and navigation.

I joined 1st Hardingstone scout group in 2015 as group quartermaster and have slowly been amassing tents and camping kit almost as quickly as the group has grown. I have puzzles every year for group camp trying to work out how we are going to sleep, everyone. In 2016 I additionally took on the management of our active support unit, which currently has 18 adult members who provide additional support to big events, and across sections. It is through our active support section that I started helping Mercia cub pack when it started in 2019. I enjoyed it so much I was very happy to accept the role of assistant Cub Scout leader and adopt the name Kaa, which the cubs named me as they thought it was funny that my real name wasKaa…l. I guess that’s the fun of youth shaped scouting.

How our Cubs describe Mercia:

We asked our cubs and families to describe Mercia, and this is what they came up with! 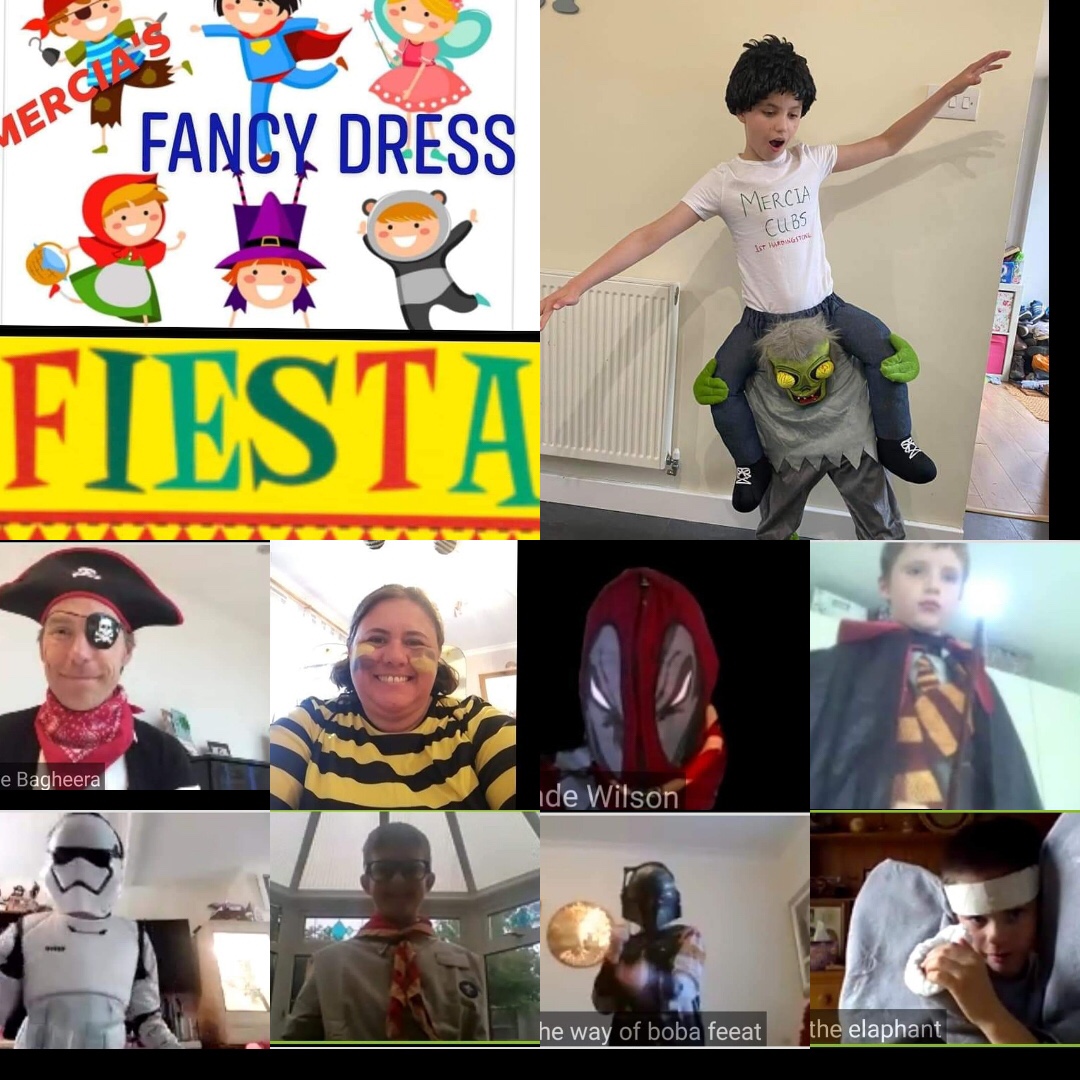 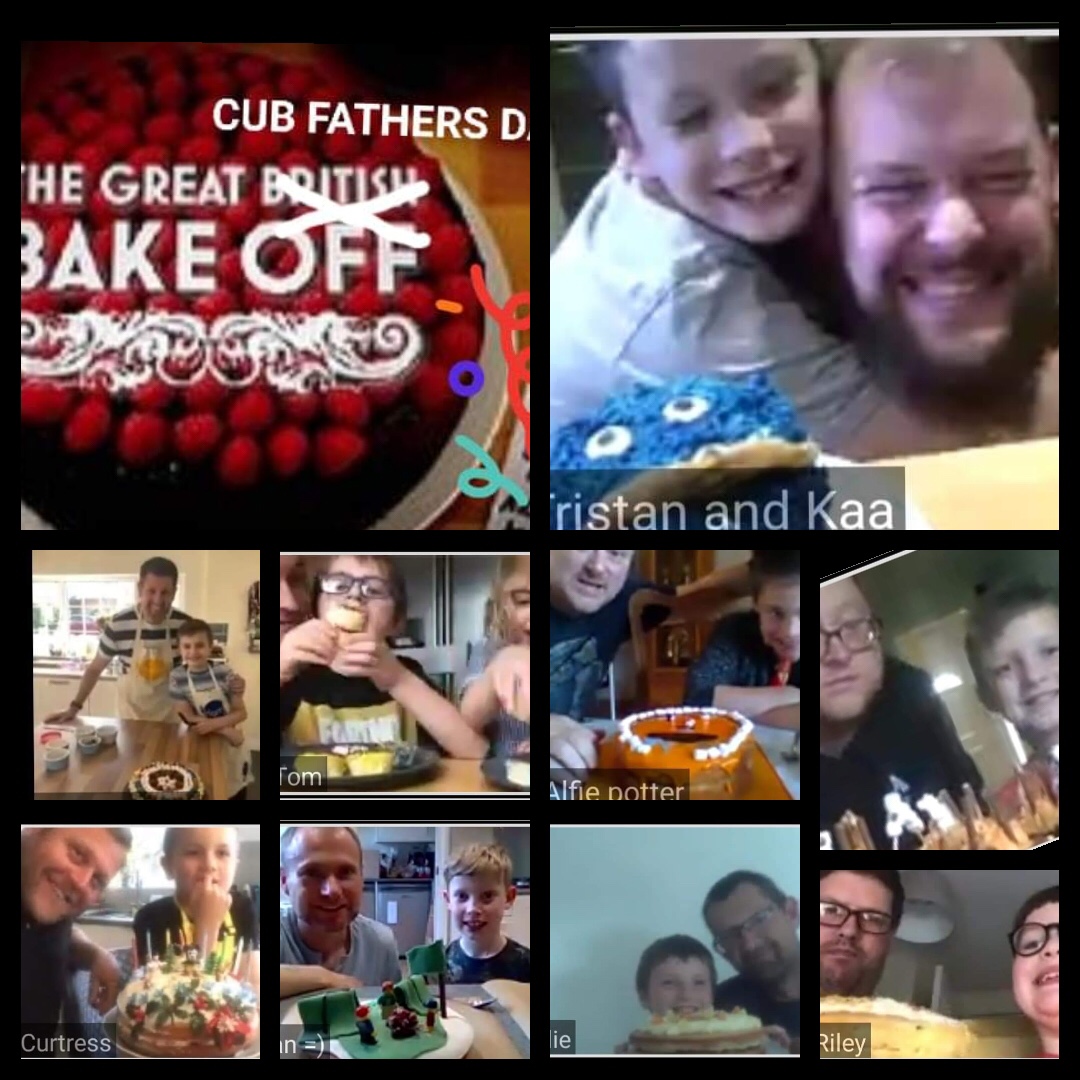 During lockdown we have still been having virtual pack meetings and as you can see it’s lots of fun!

To assist, the Group Scout Leader and Exec to manage and support the Scout Group’s safety policy. To ensure relevant and practical risk assessments are written for all events and… END_OF_DOCUMENT_TOKEN_TO_BE_REPLACED

Who are Occasional Helpers? Occasional Helpers are adult volunteers who are not taking on a formal appointment but wish to occasionally help out  and due to the nature of that… END_OF_DOCUMENT_TOKEN_TO_BE_REPLACED

What the role involves Section Assistants are adult volunteers who assist the Section Leaders and Assistant Section Leaders in delivering the programme to young people in Scouting.  You are eligible to… END_OF_DOCUMENT_TOKEN_TO_BE_REPLACED